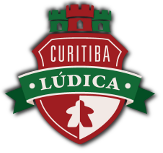 Vlaada escreveu:
Corruption
Each player starts with 16 blue tokens in his blue bank.
Corruption is now evaluated at the start of the maintenance, before harvesting and food consumption. Check your blue bank: if the -2, -4 or -6 space is empty, you have to return that much resources. If you have not enough resources, you return all you have and then return food to cover the difference.
This change was done mostly because of playing on the table. Now, you clearly see whether you will face corruption and how many tokens you need to return to the bank to avoid it, you do not have to imagine your production and consumption. Theoretically, players now can afford to have more mines and farms, as long as they are able to consume all resources each turn... but practically, the game seems to work and feel the same, it is just easier to see everything.

Leader Change
When you replace a leader by another leader, you get one civil action back.
We made this change to encourage playing more leaders. Players are slightly rewarded for changing leaders before they die, which improves variety in the game and rewards good planning.
Btw: At one moment, we decided it is not really needed and wanted to abandon this change, but we liked it so much it stayed. The game is just more pleasant with it

Limits
There are no longer limits on military strength, science or culture growth, or science points.
We will find a solution how to mark it properly without artificial limits. And we make sure especially the military will not go that much off the charts.

Discarding Military Cards
Excess military cards are now discarded at the end of your turn (before maintenance), not at its start (after politics).
It is more natural. Sometimes, you need to know what you will do in your turn before deciding what cards to discard. You need to count whether you will have enough actions to grab a military unit tech from the row to decide which tactics to discard, etc. Also, this way you get a chance to play a tactic you drew before you are discarding cards, and increasing the amount of your military actions on your turn allows you to keep more cards immediately.

Tactics
You can play a tactic card for one military action, as usual. In addition, you mark it by your "tactic token" (a token in your color).
At the start of your next turn, you put the tactic to the middle (to the Tactic board), together with your token. You are still using it.
Any player can spend 2 military actions to copy the tactic - he puts his tactic token on any tactic card on the Tactic board.
There may be any amount of tokens on a tactic card. Each player may have only one tactic, though (as he has only one tactic token).
Tactics remains on the tactic board even when all players abandon them (either because of playing a new tactic or because of copying another tactic on the tactic board).
This is one of the biggest changes. Purpose of tactics was to increase variability of the game - without them, different types of units would have little meaning. However, what it did is rather randomizing of the game - some players do not draw a suitable tactic, some do. Or, some draw nothing but tactics - as in order to reduce chances player gets no tactics at all, there had to be relatively lots of tactics. Ability to copy tactics allowed us to slightly reduce amount of tactics in the decks.
It is thematic, a nation may copy tactics others are using, if it has good technologies for it. Also, playing tactic now have some... tactic element. You should reveal your tactic at the moment when you really utilize it, as you will have one round when noone can copy the tactic (it is in front of you, not on the tactic board).

Defense against Aggressions
When defending against aggression Defender can play defense cards. In addition, any military card can be discarded as Defense 1 (regardless of its age).
Total amount of played Defense cards and military cards discarded as Defense 1 cannot exceed full amount of military actions the player has.
The option to discard military cards should prevent early aggressions (testing whether the player got a Defense or not), and protect players that fall behind just slightly and have no luck with Defense cards. Having slight strength advantage is still good because of strength related events, but no longer for testing other player's luck with aggressions.

Sacrificing
Sacrificing of units in order to increase strength is no longer allowed in Aggressions or Wars.
Well, this was not easy decision, because sacrificing was always was part of the game. But when thinking about it and talking with players, it usually did more bad things than good.
First, we decided to disallow sacrificing to increase your attack when you play an Aggression. If the opponent countered by sacrificing also his units, you and him just lost some extra units, and other players may rejoice. Sacrificing in defense came much later, but for similar reasons - you lost your military unit or units, the attacker wasted their card, military actions and politic action, and noone gained anything - thus all other players benefited from that, especially those able to attack your weakened nation. We were keeping this option during first phases of playtesting, but then we decided the option to discard military cards weakens the Aggressions enough so we do not need this, and now, we play without sacrificing - it works well. Btw: The most cruel Aggression able to destroy three Age III buildings was changed.
And you can imagine the situation with wars, those big wars that sacrificed all military strength to get most out of the war were both non-thematic (no, victorious side does not destroy their entire army in order to get more loot) and lead to lots of king-making problems. We increased strength of the Age III wars slightly, so they are still worth to play.
Btw: It also means the un-elegant rule about disallowing of sacrificing in the last round is now gone. It was one of the facts that convinced me - wars and aggressions worked during the last round, so why to not have it this way for the entire game

Leaders and Wonders
Our intention is to add new leaders and wonders to the game, as you can know it from boardgaming online. At the same time, we wanted to balance the current leaders and wonders.
We started with them - we took exactly the same 24 leaders and 16 wonders and started to adjust them, so they are all useable and none of them too overpowered. It is taking longer than we imagined, we needed to implement all the changes, and then, we need lots of games played to see how the new card does. Also, there is some group think - the cards that were always weaker are still ignored by the players, because they remember them as the weak and avoid them.
In the end, we see we would be not able to develop and perfectly test new sets together with the basic game, because it is scheduled for this fall. However, we also decided it is not so big problem - many of the old leaders have nice new effects and players may enjoy discovering those before we will finish an expansion set.
When changing leaders, we took those who always worked well as a benchmark - the scientific ones. Aristotle, Leonardo, Newton and Einstein remained unchanged. And we changed most of the others - mostly to make those who were weak stronger.
We adjusted also powers and costs of wonders (Railroad is weaker now, Ocean Liner is stronger now... you can imagine , so they are now more balanced. And the end game wonders Hollywood and Internet got improved, so it is worth to go for them.

Action Cards
We did some changes also to these. We made some of them more universal (who wants to build new farms or mines in age II) and removed the useless ones or merged them together. And there are more Breakthroughs . We are very happy with these changes - you will see yourself .

Tactic cards
There is slightly less of them in the game now. And their strengths were a bit adjusted.

Aggressions
They were adjusted. The early ones a bit strengthened (it is harder to get them played now), the later ones made a bit weaker.

Wars
Well... I dropped Holy war. Both because it destroys other player's play, and because I do not like and do not want to support what people do in name of religion right now in the world. There are just Wars over culture in Age III, a bit strengthened, with no sacrificing.
In Age II, only two types of wars remained - War over Territory and War over Technology. 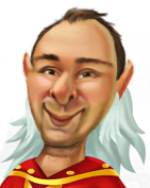